Welcome | The Clos | Near the Clos

History of the Village 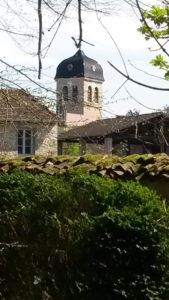 Its original name was Saint-Jean-le-Vieu (without the X), which means “Saint John’s Village” (from the latin word for village : vicus). It has an impressive heritage : bourgeois houses, the Hauterive Chapel, old mills and communal ovens. It is also the home to the famous Varey castle, and the Champollon castle, sub-fief to the Varey lords.

The current church, which has been renovated many times, was built at the beginning of the 15th century (between 1420 and 1430). The area around the station, which is where the Clos de l’Oiselon, bears trace of the implementation of a “metric gauge track” railway, on the 18th of August 1897. It linked Pont d’Ain to Jujurieux, through Hauterive and Saint-Jean. It was used by the Bonnet silk factory in Jujurieux, for the delivering of goods and the commuting of workers. It is no longer in use.

The village is crossed by two rivers : the Oiselon for 8km (5 miles) and the Riez which is one of the borders of Saint-Jean. You can also find several irrigation canals and a few former millstreams. The Hauterive hamlet is a part of the Saint-Jean-le-Vieux village. Crossed by the Oiselon river, and rich in heritage, you can find it mentioned as early as 1268. The Saint-Hubert Chapel might even be from the 12th century. Inside, you will find a heavy stone stoup from 1588.

The Château de la Tour is marked on the Cassini map (1766) as the “Biguerne”, but it actually dates from earlier. It is owned today by the Alban-Vistel family. Colonel Alban-Vistel was a leader of the Resistance during WW2, leader of the Ain Maquis, then president of the Liberation Comity of Lyon and military commander of the area.

No name is more intimately linked to Hauterive than Antoine Jean Duclaux, a landscape painter and engraver. He lived several years in the hamlet around 1820, in a house called “la rustiquette” (the location has been lost). This artist, who was born in Lyon on the 16th of July 1783, and who died the 21st of March 1868, was in love with the Bugey area. He drew and painted many views from our village, including “the Ruins of the Varey Castle”, “Saint-Jean-le-Vieux”, “the Oison River in Hauterive”, “Horseteam with the Champollon Castle in the Background”.

Varey is a hamlet within Saint-Jean-le-Vieux, situated at the East of the village. It is composed of several neighbourhoods : Le Four-à-Chaux, La Fontaine, Varey le haut, Le Roy. The name “Varey” can be found in documents as early as 1150, at a time when the lordship belonged to the lords of Coligny.

The castle has an important part in the history of the Bugey. It was a strategic point during the wars between the Dauphiné and the Savoie. The fortress, one of the most impressive ones in the Bugey, could watch over the road between Lyon and Geneva, which was paramount at the time. The castle can be dated back to 1150, but it is more than likely that at least a watchtower could be found in the same place long before.

Varey is also the history of a famous battle between several feudal powers, and played an important role at the heart of a literal hundred years war between the counties of Savoie, Geneva, Dauphiné, and several other smaller principalities, such as Thoire-Villars, Beaujeu, Valentinois, Faucighy…

These small states, neighbouring the three larger counties, first formed by progressively detaching themselves from the German Empire, whose authority was diminishing. One of the greatest battles in our region took place in the month of August 1325. The reasons behind this battle, and the continuous war between the two states, stem from the fact that the limits of each family’s possessions were blurred. This can be explained by the gradual inclusion of several smaller strongholds. Count Edouard came to besiege Varey on the 7th of August 1325. The chatelain was Hugues de Genève, and he was allied to the Dauphin. The battle was fierce and bloody. It is said that the waters of the Oiselon were red with the blood of the fighters. The Dauphin came out victorious.

In 1794, the castle was destroyed by order of the representative of the Convention, named Albitte. It remained a ruin until 1858, when its reconstruction was ordered by the owner, the baron Barthélémy Noé Dervieu de Varey, following the plans made the Lyonnais architect Claude Louis Flechet.

In 1914, the castle became a shelter for soldiers injured during the war. Early on, it began welcoming orphan children in need of care, and it became a health resort  in 1927. It has been a pedagogical rehabilitation center for children since 1967.

In 1983, its facade and roof were classified as “Monument Historique”. 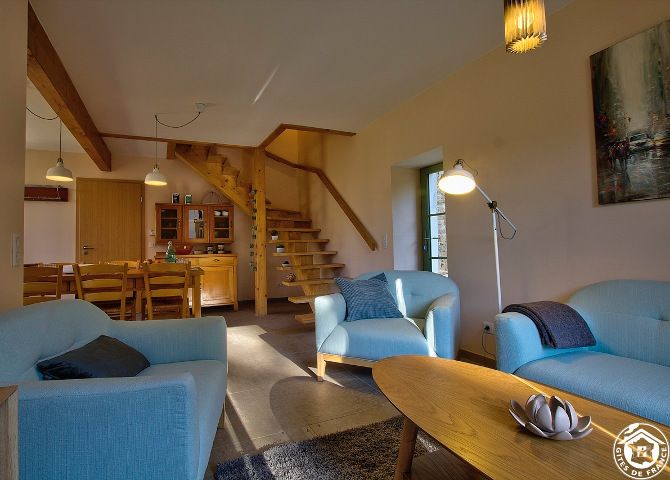 We offer meals made of Bugey specialties, with fresh products sourced locally, or straight from our vegetable garden, orchard, and organic chicken coop.

An outdoor swimming pool in the Summer, and an indoor heated swim lane, with an adjacent dry sauna to enjoy all year long.

An outdoor swimming pool in the Summer, and a heated swim lane, with an adjacent dry sauna to enjoy all year long.

Highlights around the Clos

The Brou monastery church, built by Marguerite of Austria in honor of the love of her life, Philibert de Savoie, was voted the french’s favorite monument. It awaits you in the Summer, with some scintillating light and sound shows.

Our estate is classified as a LPO (the League for the Protection of Birds) refuge. You can enjoy watching and listening to the birds of the Bugey. Between the 15th of September and the 15th of October you can also enjoy another music : that of the Ambronay Baroque music festival.

This website uses cookies to improve your experience while you navigate through the website. Out of these, the cookies that are categorized as necessary are stored on your browser as they are essential for the working of basic functionalities of the website. We also use third-party cookies that help us analyze and understand how you use this website. These cookies will be stored in your browser only with your consent. You also have the option to opt-out of these cookies. But opting out of some of these cookies may affect your browsing experience.
Necessary
Necessary cookies are absolutely essential for the website to function properly. These cookies ensure basic functionalities and security features of the website, anonymously.
Functional
Functional cookies help to perform certain functionalities like sharing the content of the website on social media platforms, collect feedbacks, and other third-party features.
Performance
Performance cookies are used to understand and analyze the key performance indexes of the website which helps in delivering a better user experience for the visitors.
Others
Other uncategorized cookies are those that are being analyzed and have not been classified into a category as yet.
Analytics
Analytical cookies are used to understand how visitors interact with the website. These cookies help provide information on metrics the number of visitors, bounce rate, traffic source, etc.
Advertisement
Advertisement cookies are used to provide visitors with relevant ads and marketing campaigns. These cookies track visitors across websites and collect information to provide customized ads.
SAVE & ACCEPT
Powered by